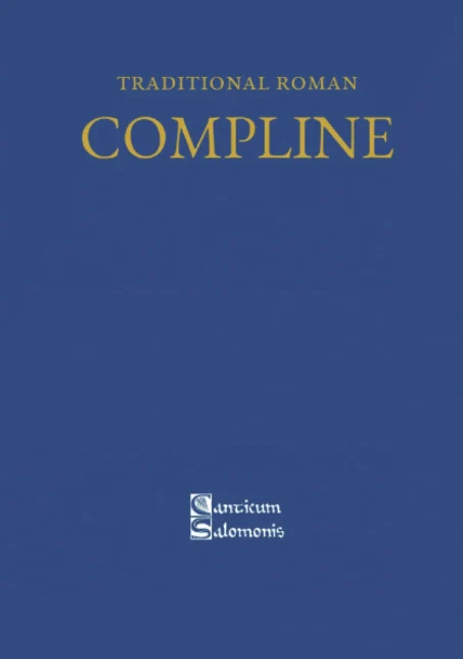 From the designer of the traditional Benedictiones Mensae booklet (2019, Pax inter Spinas), this elegant and practical Compline book contains the full texts for the Office of Compline according to the traditional Roman Breviary of 1568, with full musical notation based on the Roman Antiphonal of 1912 and an English translation.

It contains a Proëm discussing the value and mystical significance of night prayer, ceremonial notes for recitation in choir, all the seasonal and proper festal melodies of the hymn Te lucis, as well as the special Offices said during the Holy Triduum and the Octave of Easter. Perfect for private recitation or communal celebration.

Visit the Canticum Salomonis weblog for a rich treasury of prayer texts, music, and commentaries on the Roman Rite.