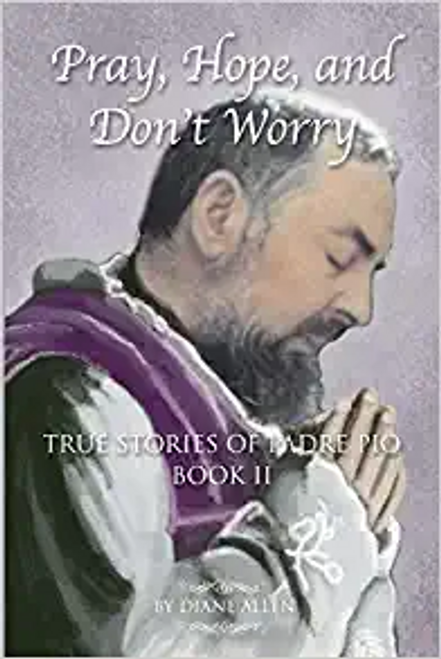 Pray, Hope, and Don’t Worry: True Stories of Padre Pio, Book II, written by Diane Allen and published by Padre Pio Press, contains 40 chapters and 507 pages. The author continued to research and study the life and spirituality of Padre Pio for her second book on the saint who has often been referred to as "the greatest mystic of the 20th Century."

Included in the book are a number of interviews the author conducted with those who met Padre Pio personally and had a testimony to share.

One of the personal testimonies in Pray, Hope, and Don't Worry Book II, is the story of the cloistered Carmelite nun, Sister Pia of Jesus Crucified, who found her vocation to religious life on her first visit to San Giovanni Rotondo and made her confession to Padre Pio on many occasions. The testimony of Alex Quinn, popular songwriter and recording artist of Belfast, Northern Ireland is also featured. Alex tells of the miracle his family received through the intercession of Padre Pio.

THE LAST MASS OF PADRE PIO

Padre Pio: Stories and Memories of My Mentor and Friend by Father Gabriele Amorth

Light From Darkness: Nine Times the Catholic Church Was in Turmoil and Came Out Stronger Than Before