Murder in the 33rd Degree by Fr. Charles Theodore Murr 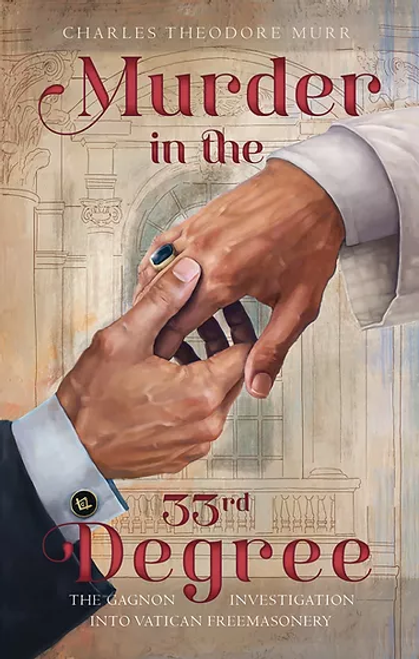 Murder in the 33rd Degree by Fr. Charles Theodore Murr

Murder in the 33rd Degree, The Gagnon Investigation into Vatican Freemasonry

Was Pope John Paul I murdered?

"As a young priest in Rome, Fr. Charles Murr worked closely with Cardinal Édouard Gagnon on the dangerous mission Paul VI had entrusted to that eminent figure: investigating the Vatican curia to uncover membership in Freemasonry. Fr. Murr’s intimate role made him acquainted with the unsavory agendas of high-ranking prelates and the intrigues surrounding the death of John Paul I and the election of John Paul II… Fr. Murr does not peddle conspiracy theories; he tells the riveting story as he lived through it and recorded it in his notes and diaries—what he saw and heard, what his friends learned and suffered. Most of all, we discover how a divinely-given opportunity for serious reform was tragically refused. Murder in the Thirty-Third Degree is the most impressive eyewitness account of postconciliar Vatican politics to appear in decades."
—Dr. Peter A. Kwasniewski: PROFESSOR, COMPOSER, AUTHOR,
THE EXTASY OF LOVE IN THOMAS AQUINAS

“Three cheers for Monsignor Murr! He has written a riveting book which will immediately become a precious historical document for the recent, often perplexing history of the Church since the Second Vatican Council. It contains a very precious and important eyewitness account of events in Rome in the 1970’s connected with the investigation of the Roman Curia which Pope Paul VI asked Canadian Cardinal Edouard Gagnon to undertake… Murr, a friend of Gagnon, has given us a unique first-person memoir which sheds new light on the mysterious death of Pope John Paul I in 1978 and on Gagnon’s relations with three Popes. In the end, after 50 years, Murr calls for the release of Gagnon’s secret report, which lies hidden in some Vatican archive… I applaud Murr for his courage."

“Murder In The Thirty-Third Degree is a powerful insider narrative about subversion of the Church at the highest levels under three Popes. The Vatican needs to make Cardinal Gagnon’s dossier public so that the reform of the Curia can begin in earnest.”
—DR. E. MICHAEL JONES: EDITOR-IN-CHIEF CULTURE WARS, AUTHOR,
LOGOS RISING; A HISTORY OF ULTIMATE REALITY

"...Important historical developments are intertwined with the individual dramas of the characters portrayed herein, alongside Vatican politics and intrigue… Murr has done the Church a great service by telling Gagnon’s story.”
—KEVIN SYMONDS: LECTURER, AUTHOR, REFRACTIONS OF LIGHT

“Fr. Murr provides a first-hand account of the work the remarkable Cardinal Gagnon did, at the bidding of Pope Paul VI, to expose the presence of Masons in the Roman Curia.”
—DR. JANET E. SMITH: PROFESSOR, PHILOSOPHER, AUTHOR, THE RIGHT TO PRIVACY

Father Murr, a life-long friend of Cardinal Gagnon, gives us a firsthand account of what transpired during the investigation ordered by Pope Paul VI in 1975. Was Pope John Paul I murdered? Was the traditional liturgy stripped of it's truth and beauty on purpose? Was there a plot aiming to undermine the Vatican's finances? If so by whom and to what ends? One man knew the answers to these and many other questions that people have been wanting to know for decades. At last...here they are for your consideration.

The End of the Present World By Father Charles Arminjon

A Rosary For The Souls In Purgatory CD with Fr. Miguel Gonzalez

Martyrs Of The Spanish Civil War: The Mass Murders of Catholics in Spain 1936-39

The Reign of Antichrist by Fr. Gerald Culleton

What Would Monica Do?