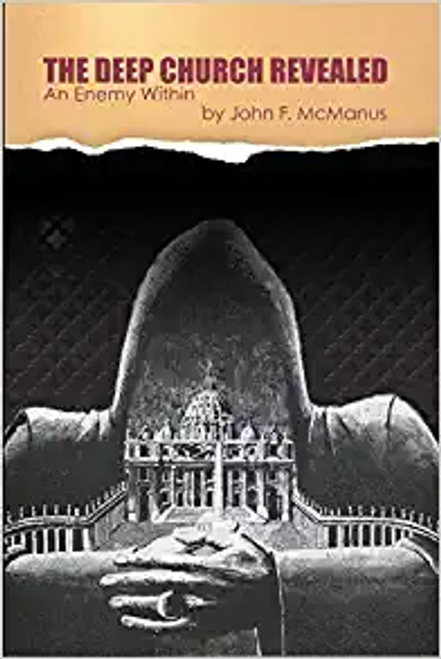 This book, written by a prominent and well known Catholic American, is the product of almost seventy years of close observation and deep study in a turbulent world of rapid change and degradation of church and society. Recently, the courageous Archbishop Carlo Maria Viganò published an acknowledgment of the problems discussed in this book in his now world famous Open Letter to President Trump where he spoke of Freemasonry and the deep church . Because that letter appeared as this book was going to press, The Deep Church Revealed was added to the original title as a fitting description of its content. The revealing begins with a description of the Enlightenment philosophers and their anti-Catholic hatred, and the author proceeds from there to detail in forty-one astonishing chapters the story of how those men and the organizations they inspired grew and and spread their pernicious doctrines throughout the world and the Church. The plans that these Freemasonic organizations laid were remarkably successful, even though vigorously opposed by every Pope for over 200 years. An enemy hath done this Our Lord said in the parable of the wheat and the cockles. Truly, this can be said today of the situation in His Church. The holy and vigilant Padre Pio told Fr. Luigi Villa in 1963 when he assigned Fr. Villa the task of exposing these enemies Courage, courage, courage! For the Church is already invaded by Freemasonry that has already reached the Pope s slippers. We are thankful to Mr. McManus for telling this story briefly, succinctly, and with unbounded love for our Holy Mother the Church. He advises us, like Saint Peter, Be sober and watchful, for your adversary the devil goeth about like a roaring lion, seeking whom he may devour. Whom ye should resist, fortes in fide.

This Is the Church by Katie Warner

The 35 Doctors of the Church

A Church in Crisis: Pathways Forward

The St. Gallen Mafia: Exposing the Secret Reformist Group Within the Church

The St. Gallen Mafia: Exposing the Secret Reformist Group Within the Church