The Fourth Secret of Fatima by Antonio Socci 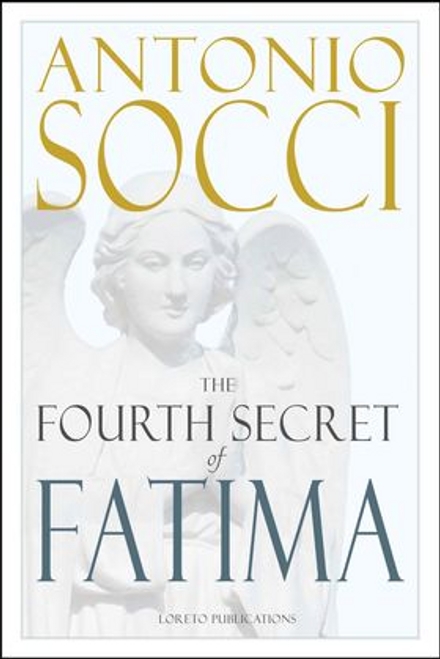 The Fourth Secret of Fatima by Antonio Socci

This important discussion of the Third part of the famous Secret of Fatima that was supposed to be released to the world in the 1940s or in 1960 AT THE VERY LATEST is as timely as ever. When asked why it must be revealed at the time of her death or 1960 WHICHEVER CAME FIRST, Sr. Lucia said "because it will be clearer then." Clearer in 1960 than in 1942. That is interesting. Of course John XXIII was Pope in 1960 and he refused to do as Our Lady asked and reveal her words to the world. Her words have NEVER been revealed. That is the conclusion of many of the finest students of Fatima. Why not is the question so many have asked throughout the years.

Previously available only in Italian, German, Portugese, and other European languages

Newly translated into English - Over 100,000 sold in English already!

This fascinating inquiry into the theories and the truths of the most disconcerting mystery of the 20th Century was a huge bestseller in Europe.

On June 26, 2000, Vatican officials (including Cardinal Bertone) released what they claim was the Third Secret of Fatima. They further said that it was a prediction of the attempted assassination of Pope John Paul II in 1981. Antonio Soccis, an acclaimed Italian journalist and television personality, originally sided with the Vatican's interpretation of the Third Secret.

Upon closer investigation of this matter, the evidence led him to the conclusion that there is another document of the Third Secret containing the actual words of Our Lady. So far, the Vatican is still hiding this text while claiming that all is released.

Antonio Socci, for the first time, in this book produces the testimony of a still-living witness from the inner circle of Pope John XXIII, to prove his point. This book, by a friend of Pope Benedict XVI and former friend of Cardinal Bertone, has caused a public sensation and debate.

Far from being a "dead issue" the urgent message of Our Lady to the shepherd children of Fatima is now being more critically discussed and examined than ever before.

Tiny Saints: Our Lady of Fatima

Secret Societies and the Kingship of Christ

A Catholic Guide to Spending Less and Living More: Advice from a Debt-Free Family of 16