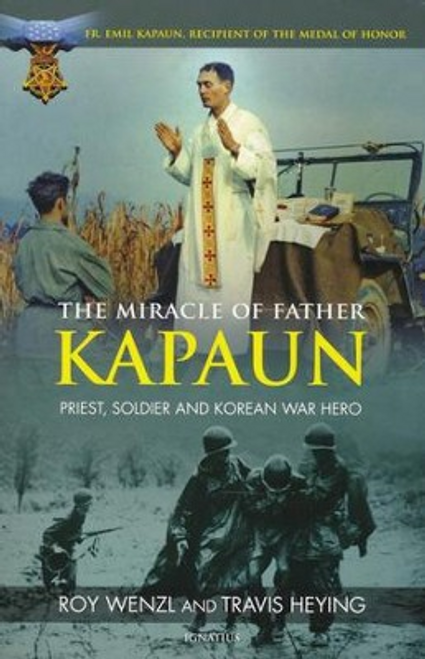 The son of Czech immigrants, Fr. Kapaun grew up on a small Kansas farm. But this seemingly ordinary farm boy became one of the most inspiring heroes of the Korean War - and unlike many war heroes, this military chaplain is also on the road to sainthood. A man of incredible courage and faith, he is credited with saving the lives of hundreds of prisoners, instilling them with hope when all hope seemed lost. His imprisonment under incredibly harsh conditions ultimately led to his death at 35 years of age in 1951.

This War is the Passion by Caryll Houselander

Father Ben Gets Ready for Mass by Katie Warner