The Warning: Testimonies and Prophecies of the Illumination of Conscience 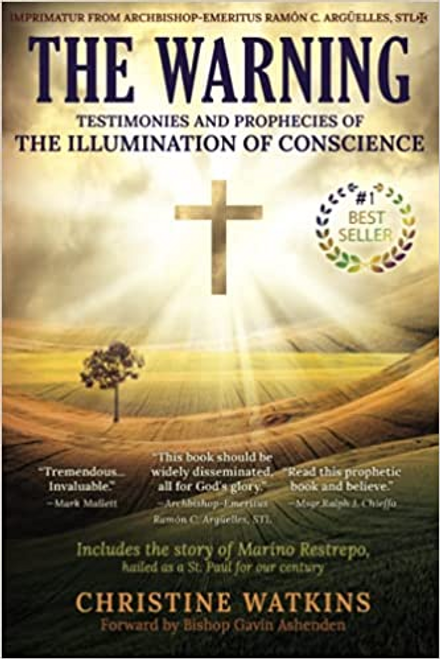 The Warning: Testimonies and Prophecies of the Illumination of Conscience

This highly acclaimed and captivating book offers the world the most thorough understanding to date of "the Warning," or "the Illumination of Conscience"—a critical moment in human history when every person alive will see their soul in the light of divine truth—including fascinating stories of those who have already experienced it for themselves.

Not only does THE WARNING substantiate an event of monumental importance, which appears to be on the horizon of time, but also carries the reader through compelling testimonies of those who have already experienced it personally and against their will. The book culminates in the spell-binding story of Marino Restrepo, hailed as a St. Paul for our century.

Formerly a well-to-do Hollywood music producer who sank into serious sin and the New Age movement, he endured a torturous kidnapping by Colombian guerilla rebels for over half a year, during which he experienced an illumination of conscience. In addition, he received a unique gift of infused knowledge of divine matters, which he has been sharing with the world since 1999 in his world-wide, bishop-approved apostolate. And his is only one of the stories...

The prophecies and testimonies of the Illumination of Conscience promise to astound, entertain, challenge, and prepare those who read this book and who believe.

An Examination of Conscience: Including Mortal Sins, Venial Sins, and Imperfections by Fr. Robert Altier

Light From Darkness: Nine Times the Catholic Church Was in Turmoil and Came Out Stronger Than Before