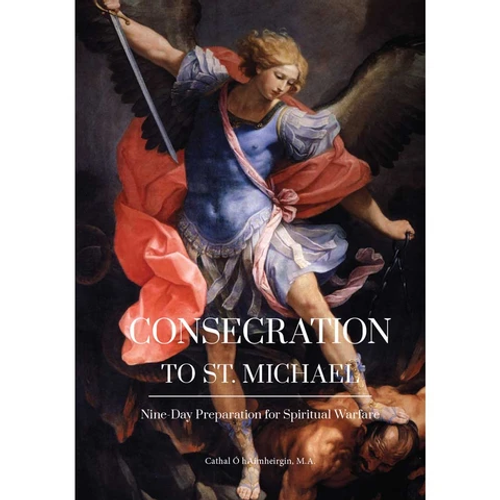 Now is the time for Catholics everywhere to consecrate themselves to the angel who stood, millennia ago, against Satan and vanquished him to the deepest region of Hell. Take up this ancient devotion to our most powerful angelic defender.

Over the course of the last century, as we measure the decline of civilization and faith, it is no surprise that the devotion to St. Michael has diminished. The removal of the Leonine prayers as well as St. Michael’s name from the prayers of the Holy Sacrifice of the Mass leave little doubt that this glorious victor and powerful intercessor has all but been forgotten by the world.

This little book aggregates the history of devotions that have been offered to St. Michael and presents them once again to be used and spread throughout the world.

Consecration To St. Joseph : The Wonders Of Our Spiritual Father

Chaplet of St. Michael the Archangel

A Cardiologist Examines Jesus: The Stunning Science Behind Eucharistic Miracles

The Aquinas Catechism: A Simple Explanation of the Catholic Faith by the Church's Greatest Theologian