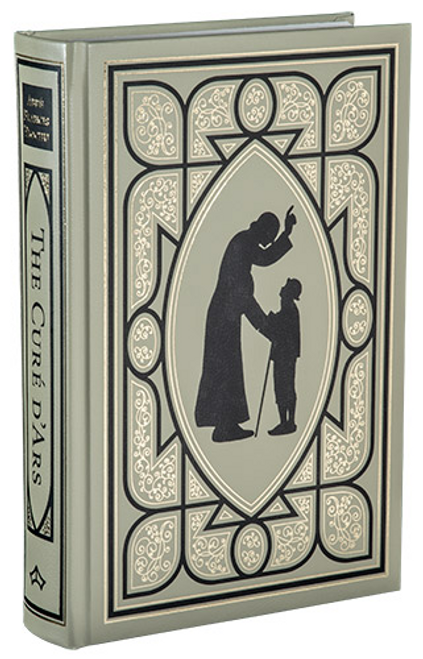 Around 1830, the village of Ars began attracting huge crowds of visitors each day. Why did thousands of pilgrims come daily to this small village? The pilgrims had no other purpose than to meet its parish priest and especially to have him hear their confession. For this, they waited for hours, sometimes all night! His exceptional holiness and numerous miracles irresistibly attracted men and women of all ages and walks of life in search of the truth. This priest was Jean-Marie-Baptiste Vianney. He lived in extreme austerity and he made his village a fervent and exemplary community. Long before his death in 1859 he was the most famous priest in France. He is now considered the Patron and exemplar of priests worldwide.

This classic and comprehensive biography written by Abbé Francis Trochu reveals how Jean-Marie-Baptiste Vianney overcame numerous obstacles to becoming a priest. He exercised intense simplicity, humility and pastoral zeal to help him transform a miserable village disaffected with religion into a town attracting thousands of pilgrims a year. Canonized in 1925 by Pope Pius XI, during the 150th anniversary of his death in 2009, The Year of the Priest was launched by Pope Benedict XVI to renew priestly sanctity all over the world.

This edition has been re-typeset using the text of the 1927 edition origi­nally published by Burns and Oates Ltd, London, with an Imprimatur by Edm. Canon Surmont, Vicar General, Westminster, 5th September 1927.
Material: Leather Hardback
Preface
The holy Curé d’Ars is one of the most remarkable figures of modern times. Not so very many years ago, his name was on the lips of countless thousands, and the events of the tiny village of Ars were of far greater interest to numberless souls than the political happenings of a period which was certainly neither dull nor uneventful. If, after perusing this volume, the reader still wishes to know something more of the life of this wonderful village parish priest, we would refer him to chapter five of Book IV of the Imitation. The nineteen verses of that admirable chapter might have been written after a study of the sublime priestly career of St Jean-Baptiste Vianney.

M. Trochu’s work is on strictly scientific lines. Instead of drawing on imagination or pious emotionalism—as too many would-be hagiographers have done—he drew on the most reliable of all historical sources—viz., the Acts of the Process of Canonization. The result is a book that shows us the holy man as he lived, thought, and spoke. There can be no doubt that the effect on the reader will be an increased sense of the reality of the supernatural, of reverence for the mysterious power of the Catholic priesthood, and of love for that Christian humility and abnegation which are the real secret of the saints.

The translator has thought it best to leave all French proper nouns untranslated, as well as certain titles with which all educated readers are familiar, such as “curé”, “vicaire”, etc.; one or two names of towns which are frequently mentioned have been spelled in the usual English fashion, and distances are given in kilometers. The late war and the daily papers have long ago familiarized us with the weights and measures of the metric system.

The translator has not judged it necessary to reproduce all the footnotes of the French text, the more so that these references are to texts to which the reader cannot hope to have access—viz., the Papers of the Process. However, the reference is invariably given when the importance of some statement made in the text seemed to demand that the source of the information be clearly indicated.

My thanks are due and hereby tendered to a friend who very kindly drew up the index to this second edition.

The Sermons of St. Alphonsus Liguori: For All the Sundays of the Year